May we present our fine

How to buy Ingelred Whisky

If you do have the appropriate age in your country to buy alcohol,

this is how to get your own Ingelred!

In Sweden we have a great partnership with our friends at Clydesdale, the link next to every bottle presented below

will take you to that item on Clydesdale´s site. There you can put an order and then get

your new favourite whisky at a Systembolaget near you!

If you are in any other country than Sweden and want to buy Ingelred whisky,

just send an email to our partner Blackadder:

Our second launch is now bottled!

As in the first launch two bottlings come from the same newmake.

One is matured on fresh Bourbon cask and the other on refill Bourbon.

has gone to “Angels’ share”. A potential for an exclusive bottling since it´s only about 100 bottles in total.

The fourth variation is the first peated whisky from Ingelred Whisky and also the first from Caol Ila distillery.

This is Ingelred Whisky’s first bottling from Caol Ila

as well as the first peated whisky.Matured on Bourbon cask.

sweet with hints of candied sugar

Reasonably long and sweet finish with element of bitterness.

This bottling is from the same newmake as #685.

molasses with a hint of pepper in the long finish.

This bottling is from the same newmake as #683.

with clear hints of vanilla and oranges.

with flower, citrus and apples. Round taste

After 16 years in the same ex-Bourbon cask, this Ingelred Whisky

has an apple and marzipan nose, little spiritous.

This whisky has the typical vanilla nose from

equally typical for the distillery.

Delicate taste with clear vanilla and sweet and long finish. 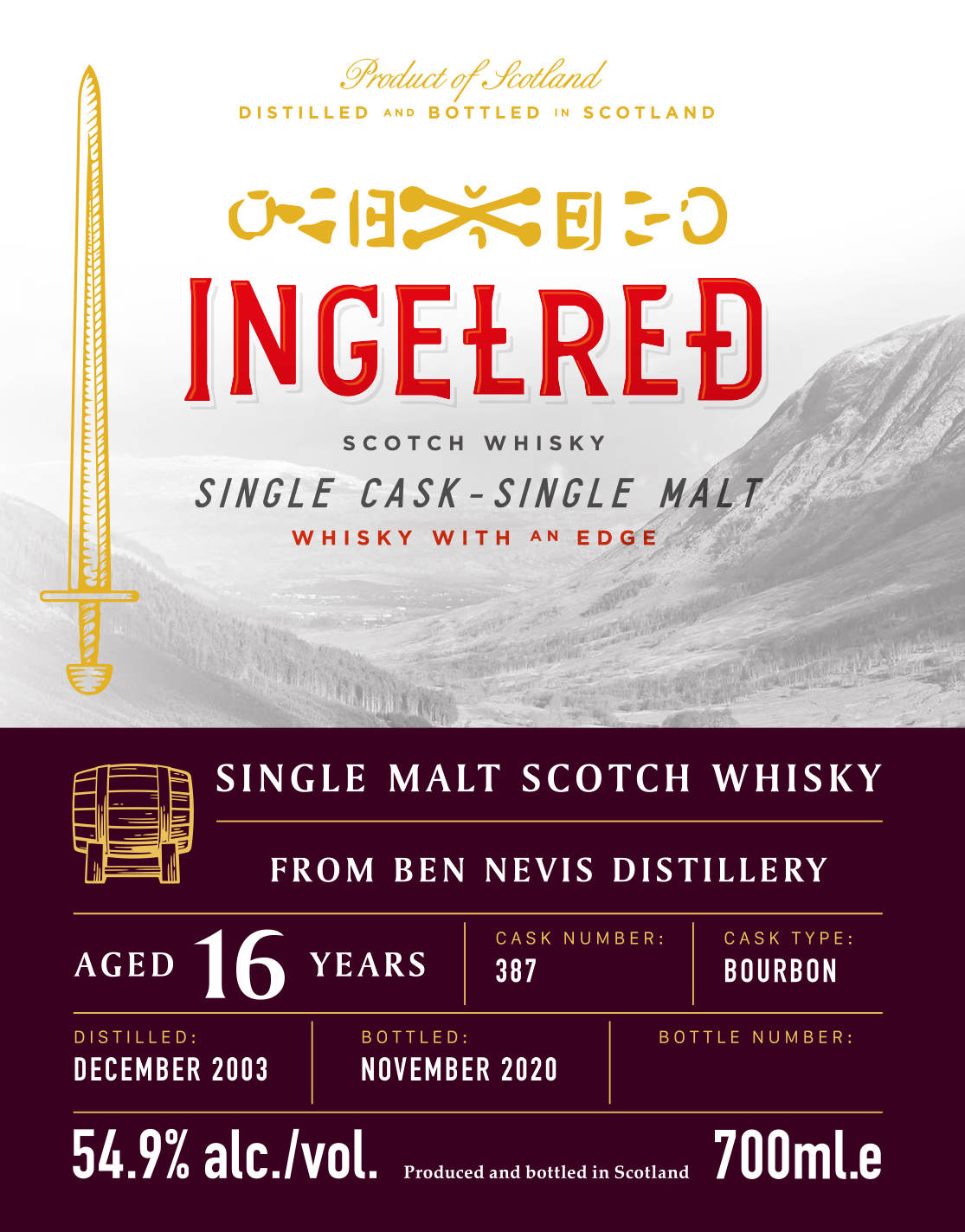 This expression of Ingelred Whisky has 14 years on 2nd fill

Port Hogshead to gain even more aromas and taste.

The whisky has an amber color with a

little hint of pink. It is very fruity on

the nose with vanilla, peach

The taste is rich and fruity with a touch of salt and a sweetness in the finish. 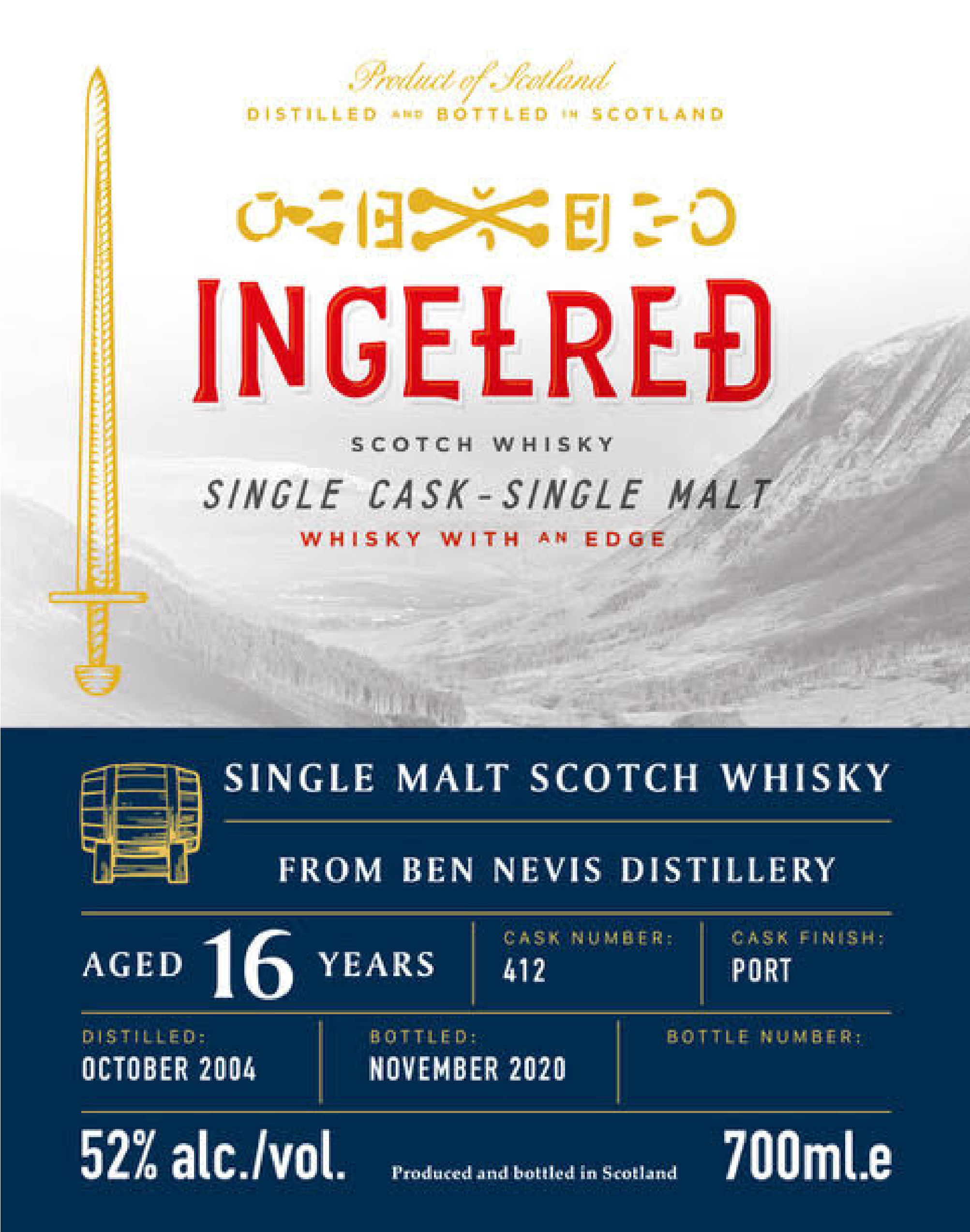 After 12 years on a Sherry Butt this Ingelred Whisky has

malty Sherry notes on the nose, with some dry oak

and hints of redcurrant. The taste is powerful

and full-bodied, with herbal notes and hints

of dark chocolate leading to a spicy finish that grows sweeter. 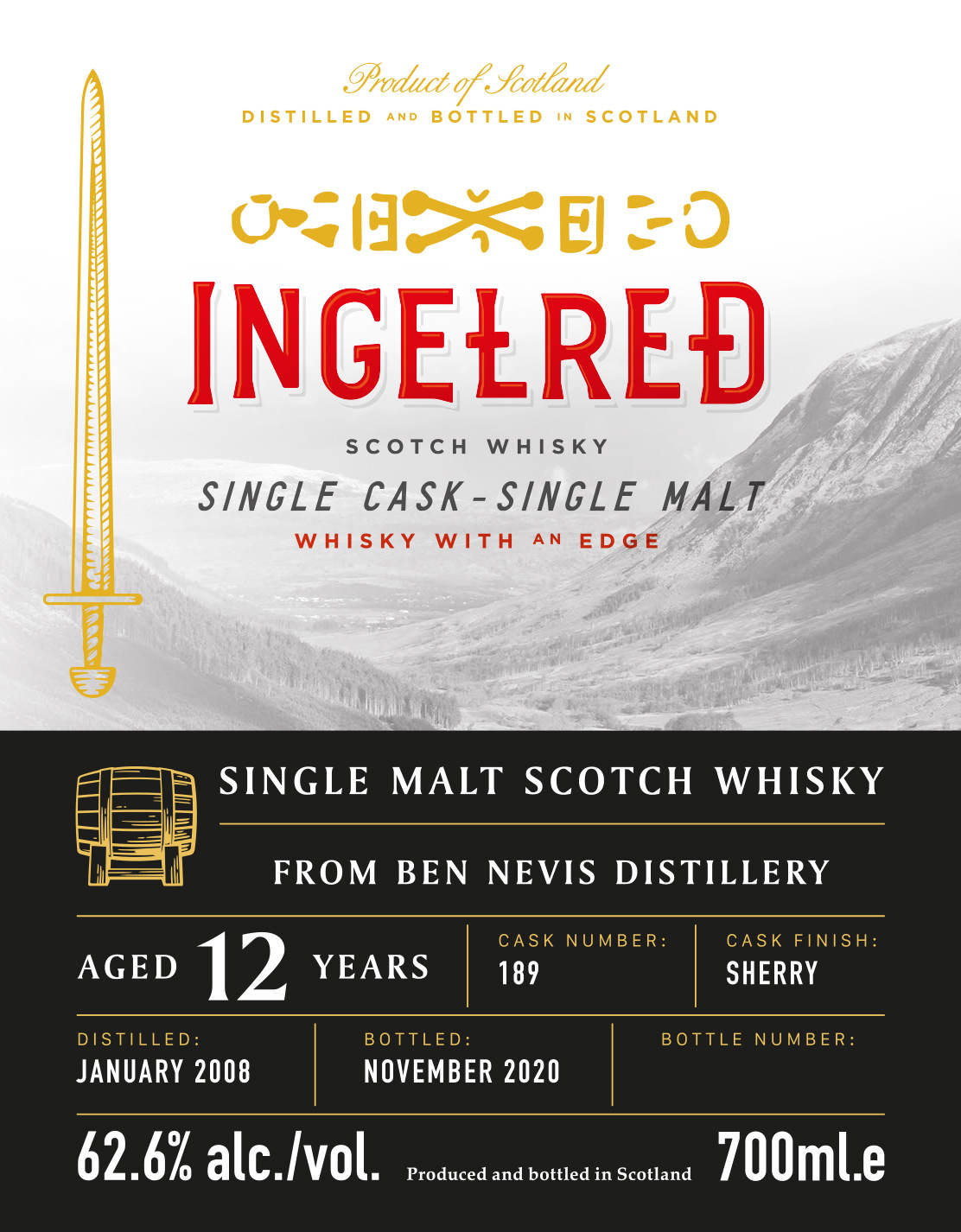 For 10 years this Ingelred Whisky has been in American oak,

previously used for Californian red wine. The whisky has

a fruity and floral nose with sultanas, and an

earthiness. It’s rich and malty in taste with

dried fruit, vanilla, chocolate and a hint of butterscotch. 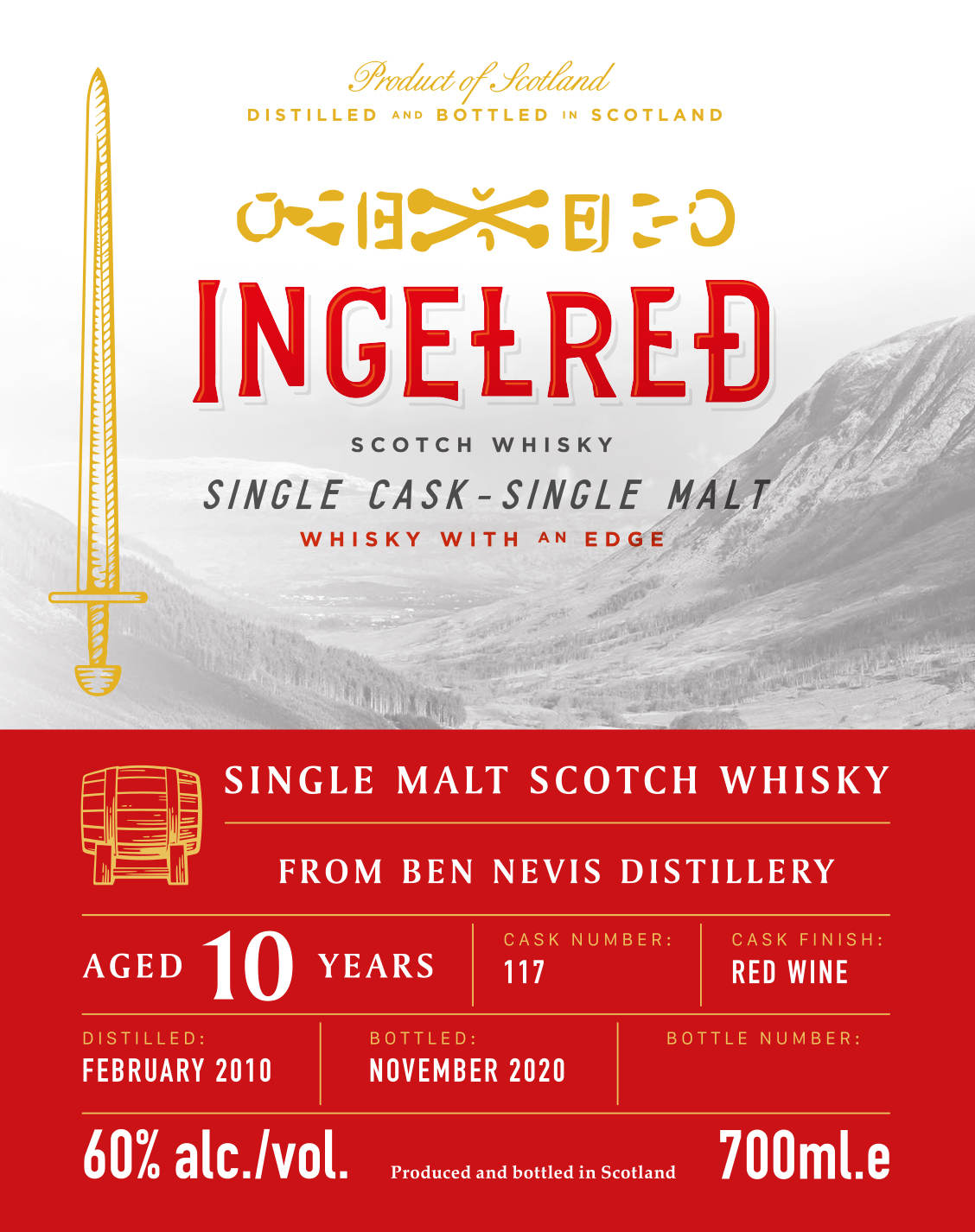 But this whisky has a candied orange zest nose

with cloves and overripe banana. The taste is

honey, caramel and allspice with soft tannins and a fruity finish. 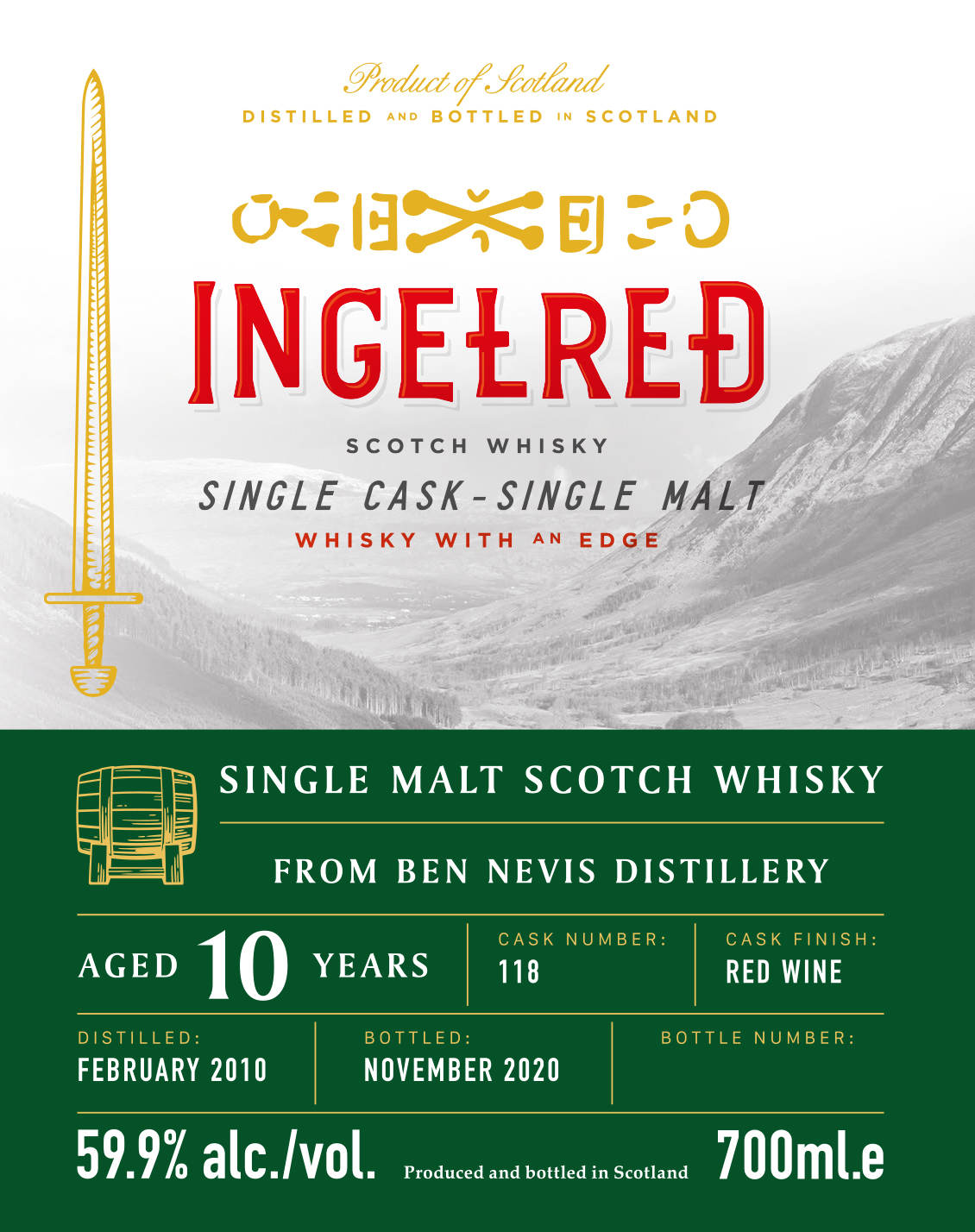 Want a convenient list of all the Ingelred variants at Clydesdale, our import partner?

We can take you there if you just click on:

TAKE ME TO THEM !